Independence Square Getting a New Look

The first phase of the interior remodel
at the Independence Square hotel
included redesigning the Living Room
common space on the second floor.

The iconic Independence Square hotel in downtown Aspen has competed the first phase of an interior renovation to bring the historic lodge into the modern era while maintaining its classic charm. The recent improvements include updating the second-floor "living room" common area as well as the hallways on the second and third floors. The living room is a popular spot inside the hotel where guests often gather for board games or to read a book pulled from the common-area shelves.

The renovation project was completed by Chris Kemp of Te Zaal Designs, a noted local design firm located in Basalt. Kemp said the initial ideas was to bring the historic Indy hotel into the modern era while inviting some of the vintage to remain.

"I like to use the phrase 'old-school, new school,'" Kemp said. "Where the design can become contemporary mixed with the Old World."

"We painted it white with the black accents," Kemp said. "The black stripe on some of the walls was created to show off the old historic prints of Aspen back in the day. The thought was to create a youthful boutique feel. This same idea will be carried on into the lobby space with more light inviting the traveler to please come in." 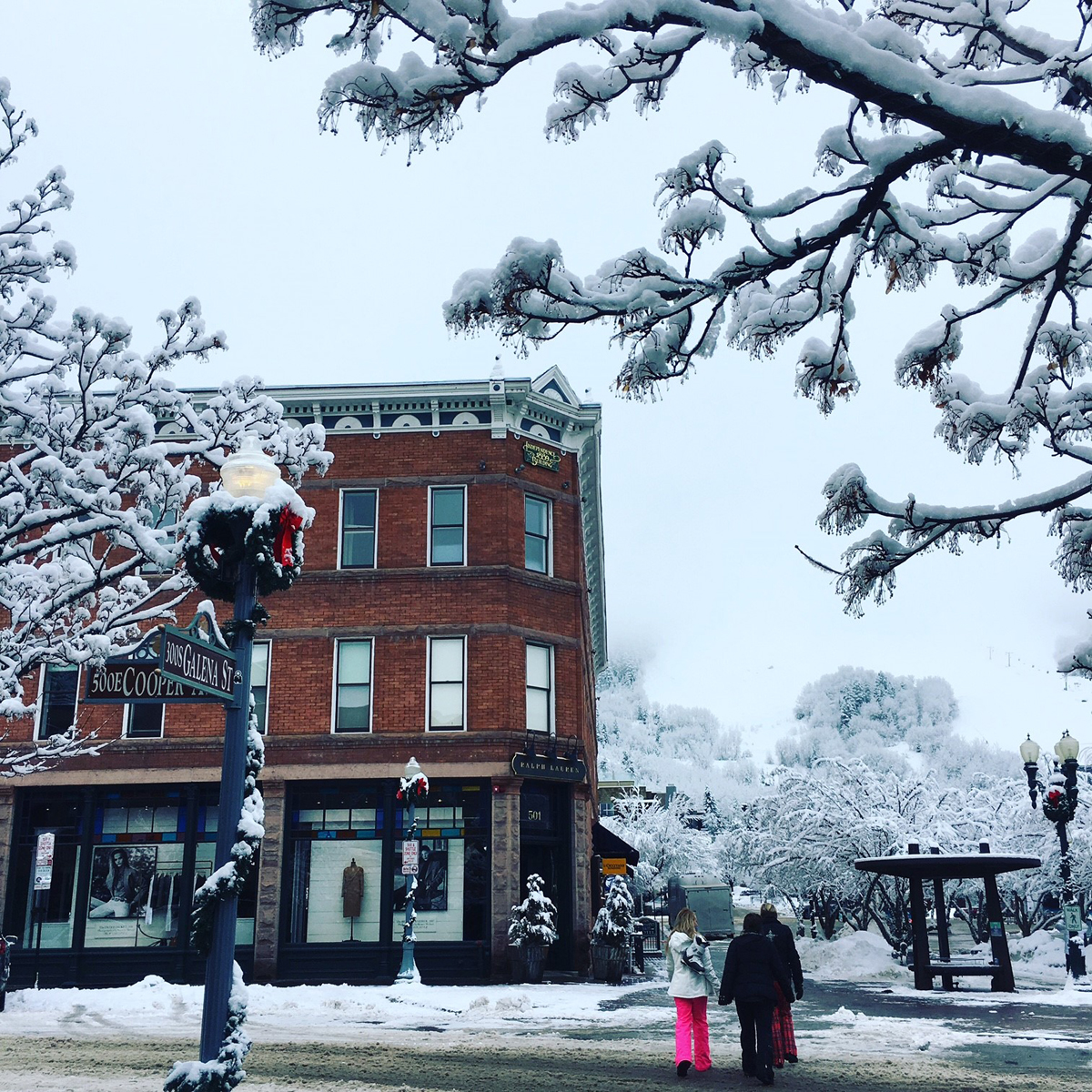 The historic outside of the
Independence Square
will remain unchanged.

Kemp will be working to remodel the downstairs lobby area in the future, according to Independence Square Manager Gus Fitzgerald. The Indy still has one of the most iconic exteriors in Aspen, along with the best rooftop hot tub/sundeck in the downtown core.

Fitzgerald said that guest reviews has been mostly excellent, and looks forward to hearing more feedback from guests as the season continues.

Frias Properties offers a selection of more than 20 lodge rooms at the Independence Square, ranging from standard to premier. The Indy is located in the heart of downtown Aspen, one block from the gondola at Aspen Mountain. Many of the rooms feature mountain or town views, a kitchenette and flatscreen TV. In addition to the popular rooftop hot tub, guests also receive free Wi-Fi and a complimentary Continental breakfast served daily. The Indy is also only steps from the free local bus, with access to Aspen Highlands, Buttermilk and Snowmass.

View our photo gallery below to see all the new improvements!