How to Celebrate All Four Closing Days

Anyone who has lived in a ski town will tell you that closing day is one of the most anticipated weekends of the ski season. Yes, it's bittersweet to say farewell to winter, but closing day is a time to look back and toast a ski season well-spent.

JUST ANNOUNCED! With consistent snowfall in February and March, Aspen Mountain's ski season has been extended by one week. The new closing day is scheduled for April 24, 2022.

"The Biscuit," as its fondly called, is the first to stop spinning its lifts and celebrates the end of the season on April 3, 2022 with Bacon Appreciation Day. Buttermilk is overrun with salty-sweet treats, including bacon waffles at The Cliffhouse, bacon doughnuts from ColoraDough, bacon samplers all over the mountain, and a bacon-and-beer happy hour at Bumps.

If you plan to indulge in all that bacon, sign up for the Fueled by Bacon Sizzle Up, an uphill race starting at 8 a.m. with prizes for best costume, the "center cut" (racer who is exactly in the middle of the pack), and the winner of course. 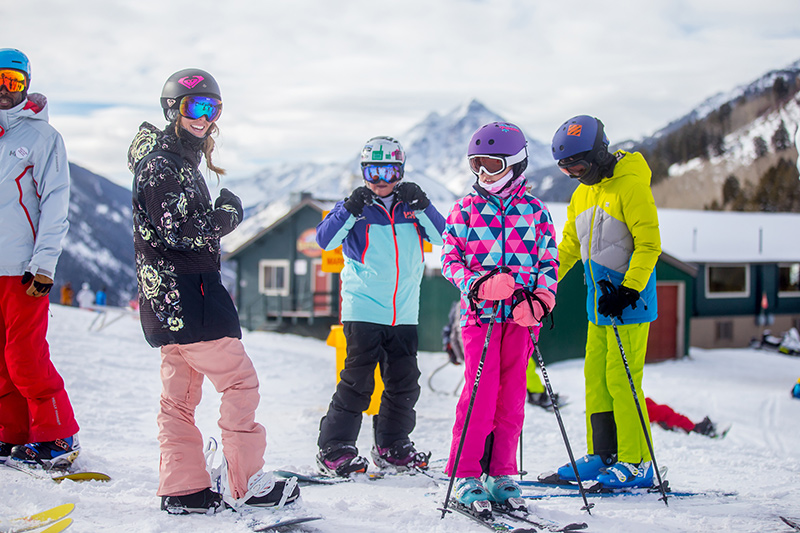 The Cliffhouse atop Buttermilk, on a quieter (and lower calorie) day | Photo: Aspen Snowmass, Jordan Curet 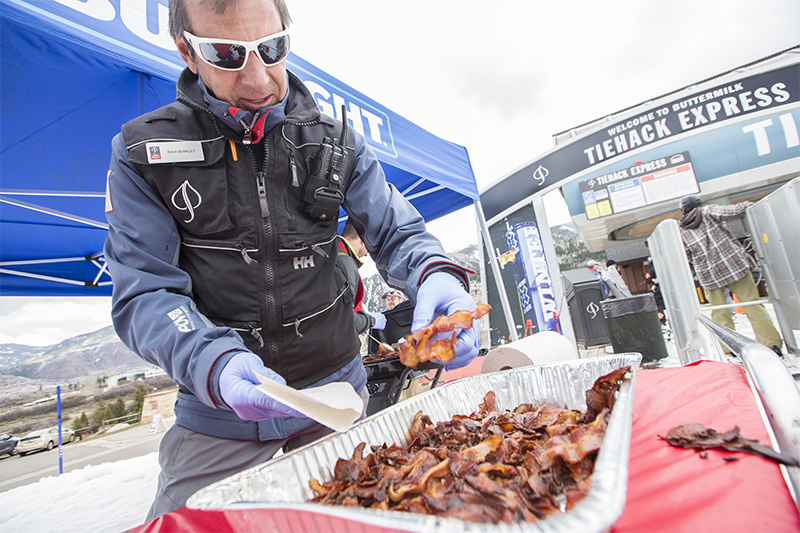 Mark your calendar for April 10, 2022. The Aspen Highlands closing party is notorious for its riotous dance party at the base after the lifts officially close. But if you want to really do it right, arrive in costume and spend the whole day on the mountain.

Hike the Highland Bowl and high-five the patrollers barbequing at the summit. Stop by Cloud Nine for a glass of champagne and a dance party on the deck. Have a snack at "Picnic Point," where crowds gather to soak in the views of Pyramid Peak. And finally, make sure you're at the base in time for the ski patrol descent when the crowd bestows the team with well-earned cheers for another season in the books.

Once the DJ starts the party at the base, settle in for gyration in ski boots until after the sun sets!

Want a front-row penthouse? Book a vacation week at The Ritz-Carlton Club at Aspen Highlands, ground zero for all the closing-day festivities. 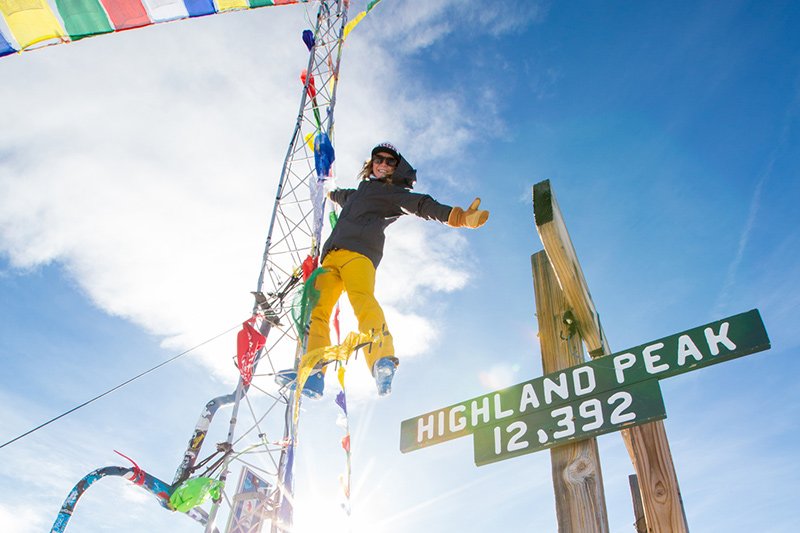 For some partygoers, the dance party at Highlands is the main and only event. | Photo: Aspen Snowmass

Snowmass and Aspen Mountain both close on April 17, 2022, which makes it tough to choose between events. Thankfully Snowmass hosts a full weekend of celebrations, so it's possible to hit some Snowmass festivities on Saturday and close out the season in town on Sunday. Details for Snowmass's 2022 closing day have not been announced yet. Stay tuned for more info! 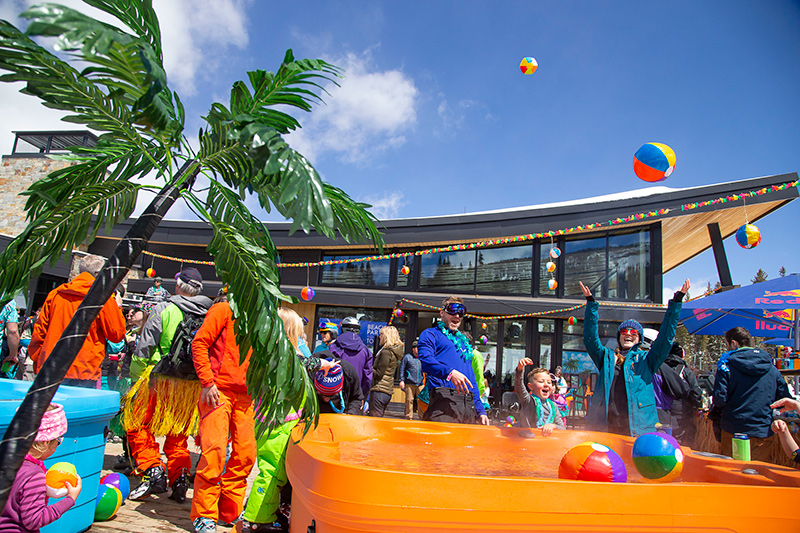 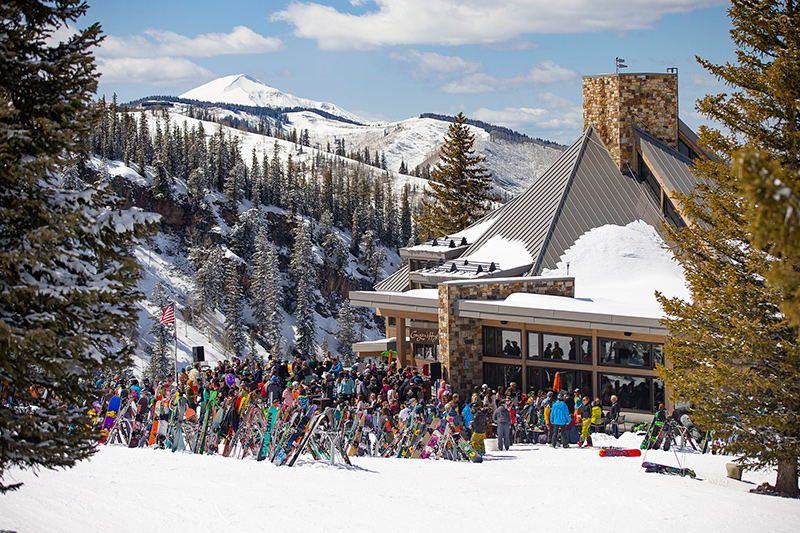 Season extended! Thanks to plentiful snowfall this spring, Aspen Snowmass has extended Aspen Mountain's ski season by a week. Closing day is scheduled for April 24, 2022.

As the birthplace of Aspen skiing, Aspen Mountain has many historic traditions for closing day. For example, locals gather atop Ridge of Bell at 1 p.m. for the infamous "Bump Off," a kamikaze race down the mogul field under the gondola. Spectators gather on Gent's Ridge to watch as skiers either make it or explode, with both results giving the crowds what they want!

Aspen Snowmass hosts closing-day celebrations at the Sundeck. A recent theme was 80's Prom and included a live DJ and a costume contest.

At the base of Aspen Mountain, Ajax Tavern and Chica will turn up the music at dueling apres-ski parties, and the sunny patios will stay rocking until well after the lifts have stopped spinning. 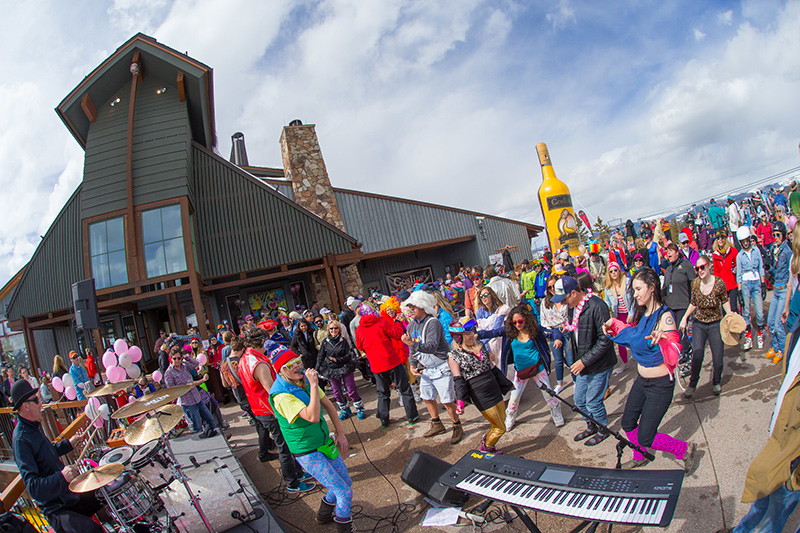 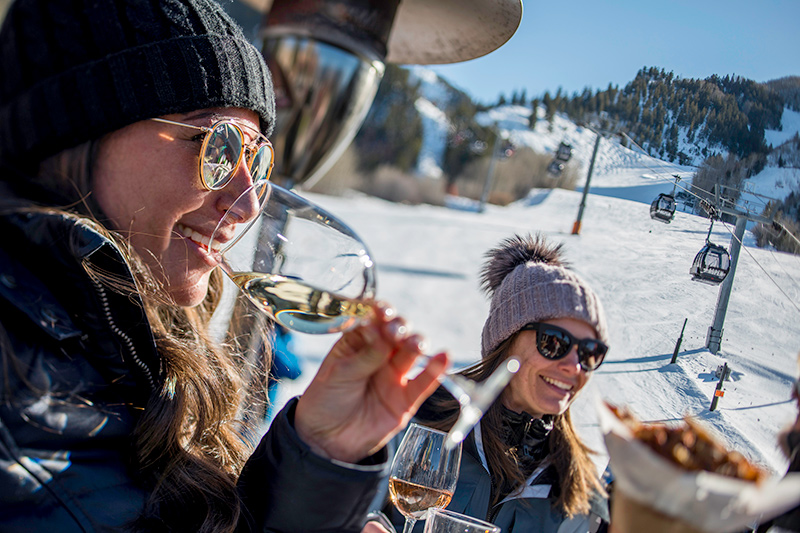 Don't forget to get one last glass of apres-ski rose at the Ajax Tavern! | Photo: Aspen Snowmass, Daniel Bayer

Are you ready to join us for closing day?

Now that you know how to experience all four closing days like a pro, join us in Aspen! Browse our lodging deals, search for a rental, or contact us for recommendations.